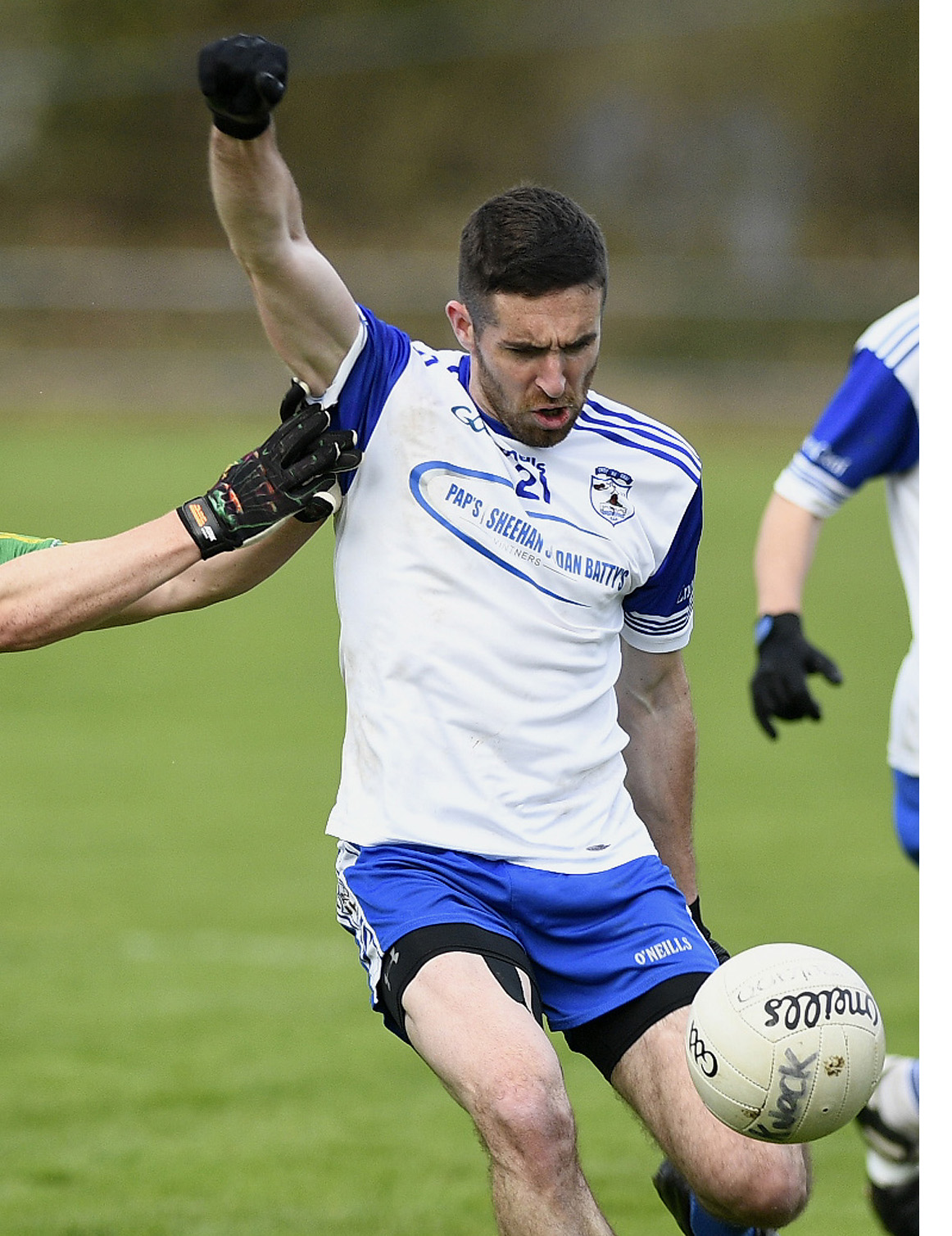 Four Duhallow clubs remain involved in both the Co. Premier  IFC and IAFC with the semi final stages reached.  From the Premier grade, three of the last four come from Duhallow where Newmarket face Knocknagree and Kanturk encounter Cill na Martra in the semi finals.

At IAFC level, Rockchapel advance to play Glanworth in one semi with Mitchelstown paired against Glanworth on the opposite side.

Knocknagree offered true character to come from behind to deny Nemo Rangers  at the quarter final hurdle at Donoughmore. For much of the contest, Knocknagree trailed and relied on a late Matthew Dilworth goal to sway a delicate contest.   Nemo shaded the opening half though Knocknagree passed up on goaling opportunities to trail 0-7 to 0-3 at half time.

A storming restart saw Knocknagree respond with points to Fintan O’Connor, Denis O’Connor and Eoghan McSweeney. For a time Nemo appeared to weather the storm but down a man owing to a black card during the latter stages allowed Knocknagree take advantage and  Dilworth’s 56th min goal sealed the deal to set up a semi final date with Newmarket.

KANTURK’s pursuit of a county double remains on course following a comprehensive victory over Aghada in Ovens.

On doing so, Kanturk offered compelling evidence of their wellbeing in a polished performance. A decent start laid the foundation for Kanturk with Cian Clernon and Lorcan McLoughin pointing.

Aghada improved, trailing 0-8 to 0-4 at the break only for Kanturk to regain control with Paul Walsh  and  Kyrle Holland in superb shooting form. That ensured Kanturk kept the scoreboard ticking over nicely to set up a semi final date with arch rivals Cill na Martra.

ROCKCHAPEL safely booked a semi final  place thanks to a six point victory over rBallinora in Mallow. The Duhallow side held the greater firepower and recovered from the concession of a goal to Dara Corkery with points to Jack Curtin and Seamus Hickey.

Rockchapel’s  game carried a greater threat and a Hickey goal helped secure a 1-9 to 1-5 advantage at the break. And Rockchapel continued to hold the upperhand, Curtin added a second  goal that confirmed a semi final date with Glanworth.

AGHABULLOGUE made light work of a disappointing Millstreet at Ballyvourney. Operating a brand of open and attacking football, there could be disputing the merits of Aghabullogue’s triumph with Luke Casey on song in the early exchanges to shoot 1-4.

Millstreet availed of the welcome water break, points from Darragh Cashman, James Linehan and Shane Hickey narrowed the arrears 1-10 to 0-7 at the short whistle. Still, Aghabullogue held the initiative and finished in style for substitute Padraic O’Sullivan convert a penalty to rubberstamp a semi final date with Mitchelstown.