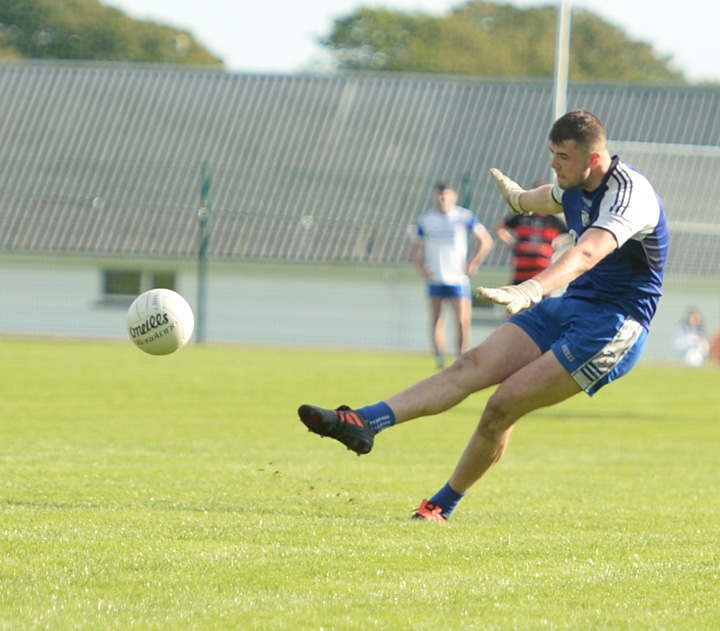 GREAT survivors Knocknagree held off a late surge from Newmarket to emerge with a worthy single point victory in a thriller at Kiskeam. Having started off sluggishly, Knocknagree dug in and unearthed a quality performance to dominate key areas before weathering Newmarket’s bid for a reprieve.

And Knocknagree perked up for the restart, Gearoid Looney, Matthew Dilworth and  the accurate McSweeney helped secure a 0-13 to 0-9 grip.   Newmarket attempted a recovery, points from Browne and Conor O’Keeffe left the minimum between the sides only for Knocknagree to refuse to quit and withstand a spirited rally to set up a place in the final against Kanturk or Cill na Martra.

KANTURK bowed out to Charleville in an incident packed tussle at Mallow, the concession of late goals determined the outcome to the all North Cork clash.

The Duhallow side enjoyed a productive opening spell with a run of well worked points. Charleville fortunes improved no end to erase the deficit as Kanturk encountered mixed fortunes approaching half time.

A goal from Aidan Walsh was overshadowed on a red card received by the influential Lorcan McLoughlin. Trailing 1-9 to 0-11, Charleville dominated the third quarter with Darragh Fitzgibbon in excellent shooting form  yet Kanturk were back in business once Anthony Nash netted from a penalty.

And  though Charleville recovered on points, Kanturk answered again, sub Ian Walsh goaling to leave the minimum between the sides.  The excitement reached fever pitch, Charleville steadied the ship and their numerical advantage told on  two late goals from Andrew Cagney put the icing on the cake.