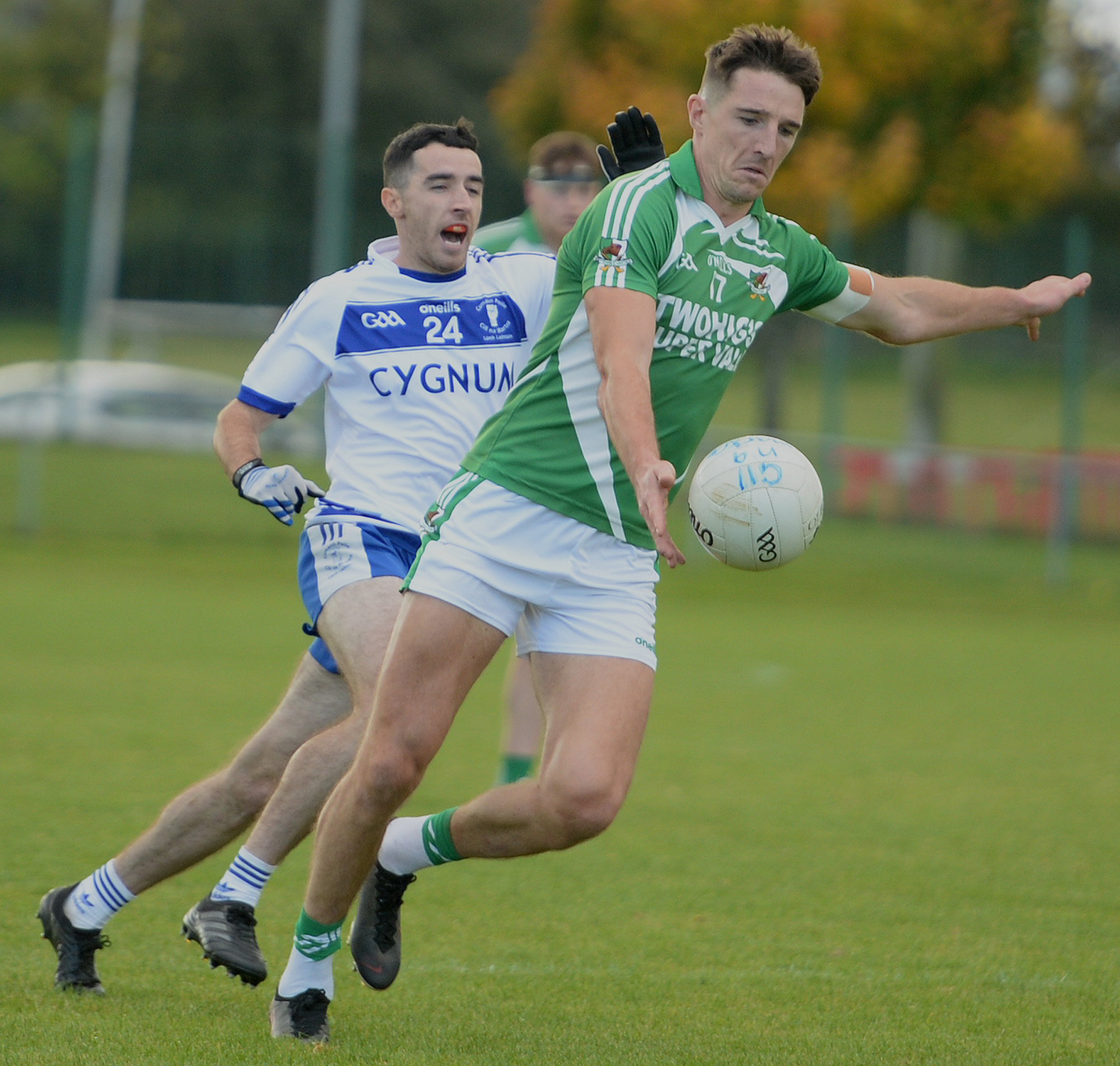 From a repeat of previous intense battles between the sides, again Kanturk passed the latest test though given a real run by championship favourities. Given a hectic schedule of late, there was much to admire on how Kanturk went about their business and earn a deserved victory.

The best of the football surfaced in the opening half, Kanturk ‘keeper Jordan Fullerton diverted a Michéal Ó Deasuna penalty outside the posts.  Follow up points from Cian Clernon and Ryan Walsh helped Kanturk enjoy a 0-10 to 0-8 advantage at the break.

Follow up points from Clernon and Ian Walsh extended Kanturk’s position yet they were prepared to fight a rearguard action for the closing 20 minutes with a misfiring Cill na Martra failing to salvage a late equaliser.

Kanturk advance to meet Knocknagree in the all Duhallow Final.

Rockchapel march into  the decider following an impressive semi final victory over Glanworth to the Dromina staging.

A typical committed and spirited performance allowed a dominant Rockchapel take the spoils. Indeed the Rock set about their task with immense purpose , Seamus Hickey and William Murphy to the fore,  points from Jack Curtin, Mikey McAuliffe and Cormac Curtin helped secure a 0-8 to 0-4 advantage at the interval.

Rockchapel continued to dictate the play, their hopes receiving a terrific boost from a Jack Curtin goal.  Glanworth did answer  with a consolation Stephen Condon goal yet Rockchapel simply shut out the game to advance to another decider, having been previously runners up to Bandon and Éire Óg.

Dromtariffe brushed off the Brian Dillons challenge at the quarter final stage, the win every bit as comfortable as a finely tuned side held too many aces.

Dillon's answered with a goal from Andrew Murphy to force parity only for Dromtariffe regain their composure and a Daniel O’Keeffe goal helped secure a 2-5 to 1-5 advantage at the break.

Tellingly, Dromtariffe upped the ante, a crispness to their hurling yielded a sequel of points from a clinical attack to secure a semi final meeting with Lisgoold.

A battling Kilbrin showing came up short to Goleen in the 1st round to the Coachford hosting. The winning of the game was Goleen’s ability to find scores much easier.

Still Kilbrin provided a real test and a pair of Cillian Buttimer goals left the minimum between the sides at the break 1-8 to 2-4. The standard of play slipped on the restart only for Goleen to add points to secure victory.

Garnish pulled away from a battling St. Johns in this opening round at Inchigeela where the Beara men pinched opportune goals to divide the sides.   Having operated in A ranks up to this season, Garnish’s experience bagged two early goals to out their stall.

Credit St. Johns from well taken points by Adrian Sheahan, Jerome Ring, Jamie Kelleher and Tom Sheehan  to trail 2-3 to 0-7 at the break. Last season’s  C champions battled gamely yet the concession of a third goal put Garnish in the driving seat.