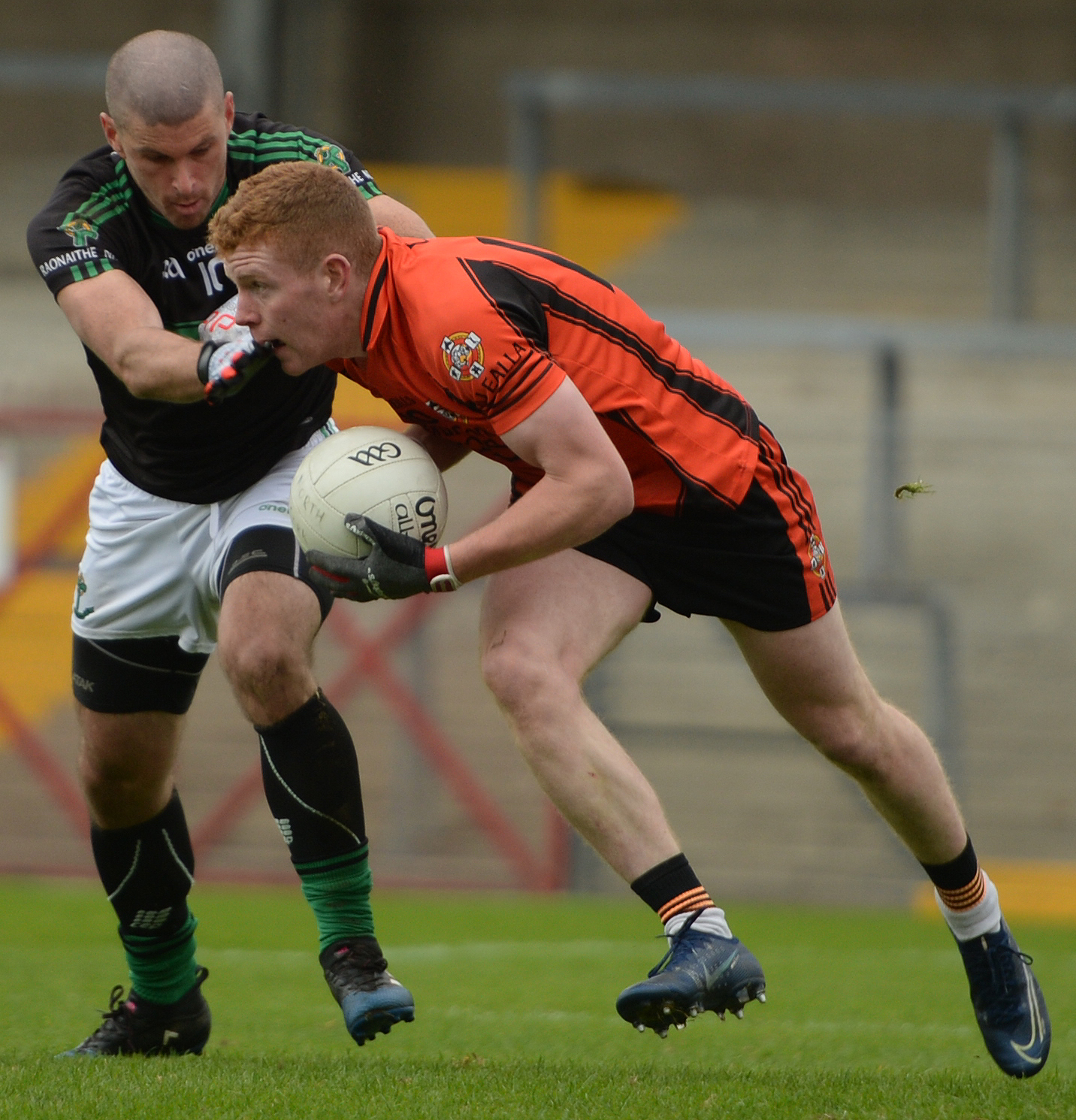 DUHALLOW battled gamely only to come up short on the concession of a 64th min point to allow reigning holders Nemo Rangers advance to meet Castlehaven in the Bon Secours Co. SFC decider following an absorbing semi final at Pairc Ui Rinn.

It was tough luck on Duhallow on fighting back to land an equalising goal deep into injury that looked good enough to force extra time. However a snappy Nemo restart saw Mark Cronin split the uprights for the matchwinner.

Though operating with a strong wind at their backs, Duhallow took a time to settle only to get to grips with the situation once Paul Walsh and Donncha O’Connor got on target. The keen exchanges saw the action swing from end to end, Duhallow availing of long range efforts including a smashing Mark Ellis drive to lead 0-6 to 0-5 at the interval.

Duhallow forfeited chances on the restart as Nemo edged ahead.  Back came the divisional men, Jerry O’Connor placed Seamus Hickey for a cracking goal.

But in a game of twists and turns, Donnacha O’Connor saw red following a second bookable offence. That allowed Nemo  enjoy dominance and five unanswered points switched the initiative in their favour.

In typical Duhallow fashion,  they refused to give up the fight and a probing delivery from a free by Conor O’Callaghan allowed Ellis touch home an equalising goal. Nemo showed their maturity to set up the next attack for Cronin to oblige with the match winning point.