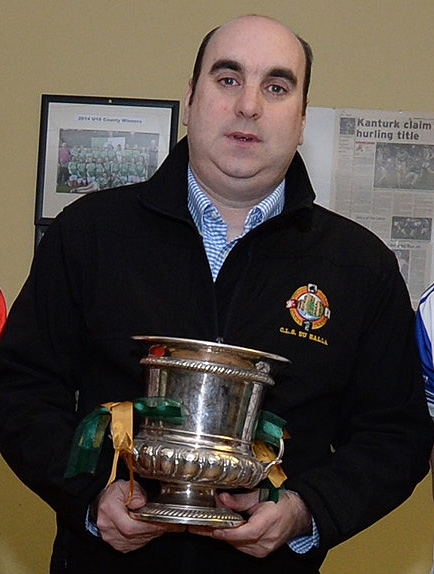 The Duhallow GAA Convention elected  Steven Lynch as the new  divisional  board chairman at its annual convention held in virtual format.

Steven becomes the first Boherbue club man to take up the position and  says that it is a great privilege to assume the position.

“To get to be Chairman of the Divisional Board – it’s a huge honour and I look forward to working with the clubs”, he said.

Outgoing Secretary Tony McAulliffe presents his 5th and final report and reflects on a challenging year for both the GAA and general public owing to the Covid 19 pandemic.

“The importance of the GAA was once again highlighted during the year as the members of our clubs actively assisted the more vulnerable people in their communities particularly during the first lockdown in spring and early summer.  I would like to pay tribute to the players, mentors, club officials and referees who made a huge effort to ensure that our championship programme was completed in a timely fashion, thanks  also to the supporters who co-operated to ensure that the board were in a position to fully comply with the Covid 19 restrictions”, he said.

Officers elected for 2021 are